Feel and experience the power of a coaching culture

Industrial Culture: Struggling in isolation on tasks and problems

Hi there! Coach Dave here with a quick personal note:

Thanks so much for visiting this page with your curiosity about the Energize Your Dreams Group Coaching program. I am super excited to do this with you.

However… we did not have enough folks register during the early registration to justify the PUSH for the typical last day registratioins.

So I am postponing this program until SEPTERMBER 2022.

You can enjoy the ideas on this page… and the registration button has been de-activated.

If you are on the CoachVille email list you will have plenty of notice to register!

Wishing you an awesome and playful Summer!

Our Energize Your Dreams Group Coaching Program is for coaches, coach approach leaders, managers, entrepreneurs and anyone curious about becoming a coach. YES We NEED YOU!

Our purpose together is for ALL OF US to feel and experience the power of a coaching culture in our lives. So that we can shine brightly in the world. Then we can attract and guide our players toward playful, egalitarian freedom.

Note: in the playbook sample… we are skipping the exploratory session. 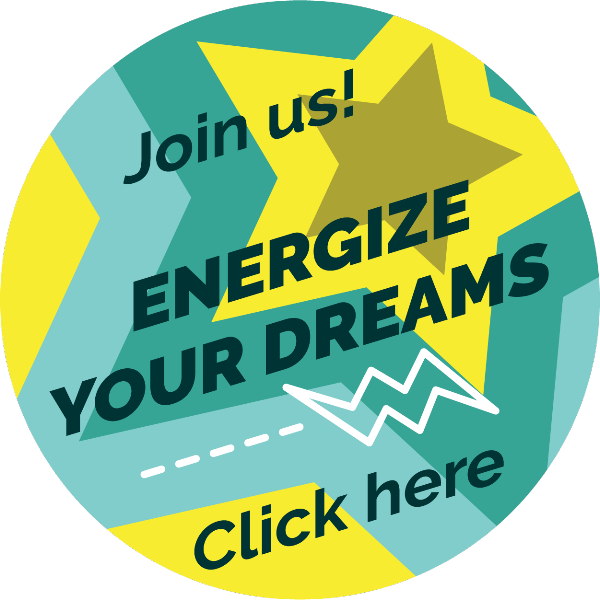 Awww Yeah! If this sounds fun to you then we would love for you to join us.

The EARLY investment for the 12-Group Session program, and all the other awesome stuff, is $300.

REGISTRATION IS NOT OPEN YET!

No refunds after registration is complete.

This payment link (or the button) will take you to the shopping cart page. (NOT ACTIVE)

Then to a page with the zoom details and the special link to our private group on our membership site.

There is no roadmap to our Dreams…

But there is a Treasure Map!

Why Dream… rather than objectives or goals?

All of these dream elements involve social play.

So they are awesomely coach-able!

And they ENCOURAGE us to unleash our Human Nature Superpowers. 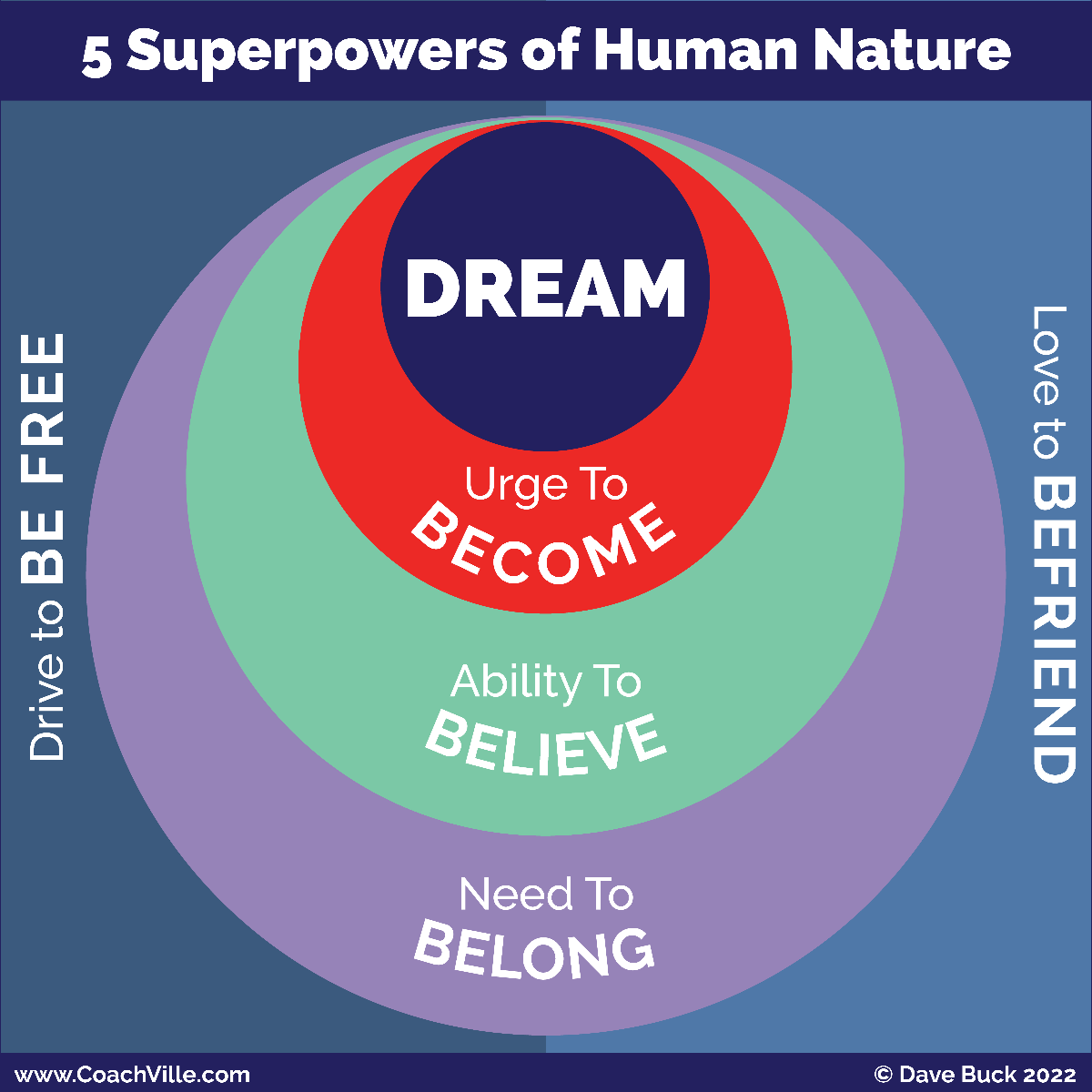 We are on the adventure with you to Energize Your Dreams AND to activate your Human Nature Superpowers! Awesome. AND if you are like most people, you don’t have great clarity about what these Superpowers are. No worries. we will explore them together.

Here is a quick overview to spark your curiosity.

They all start with BE to make them easy to remember:

The Drive to BE Free.

The Love to BEfriend

The Urge to BEcome

The Ability to BElieve:

The Need to BElong 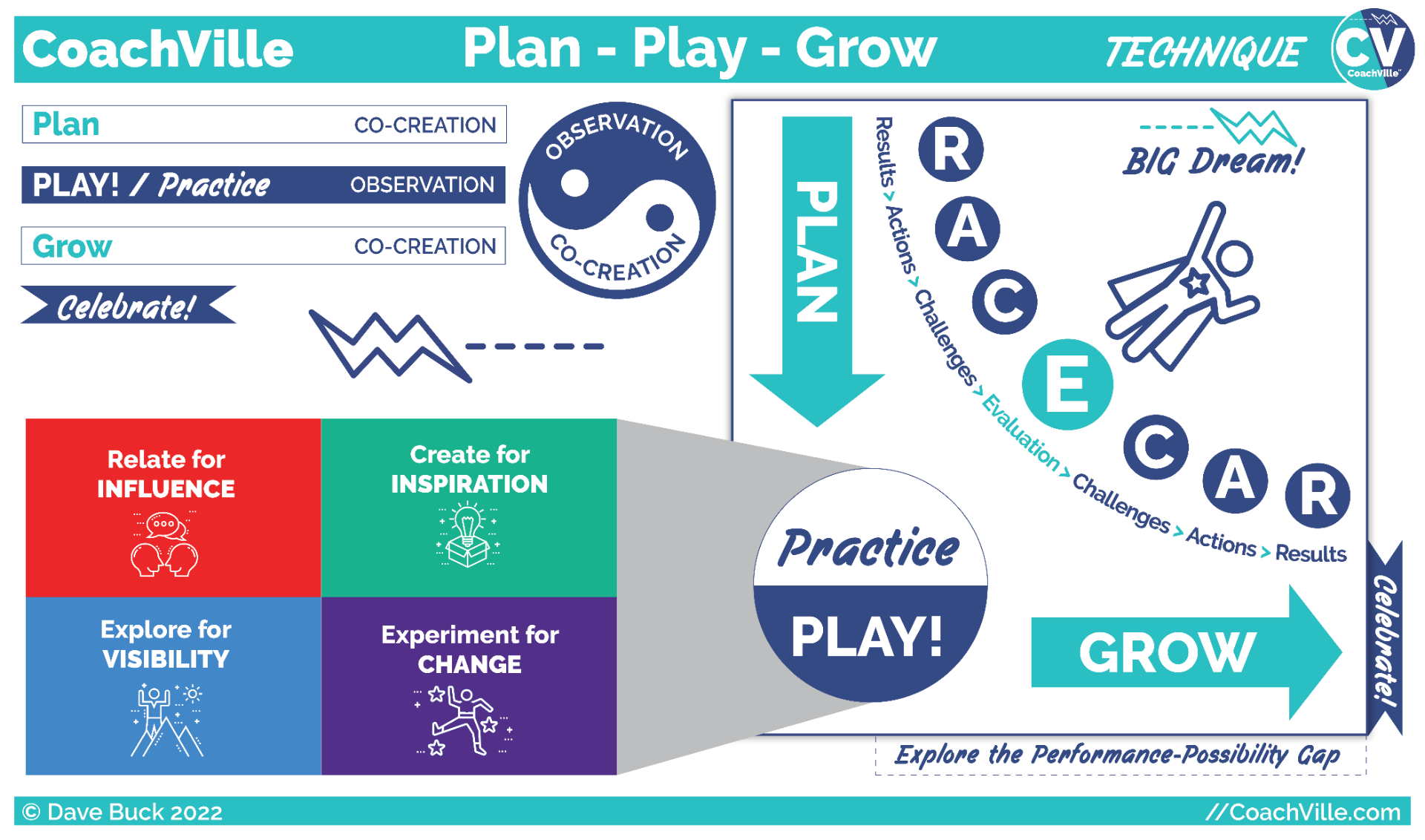 Group Coaching is a co-created experience

Here is another player prep audio for you.

This one is about the Plan-Play-Grow technique

Plan Play Grow… the WAY of a coaching culture

There is a flow to coaching experience. It is AWESOME.

We will practice it together.

We co-create a safe space of  practice

We make a plan together

We Play / Practice Together

Then each of us makes a plan to play out in the world.

Practicing in the world after practicing in a safe space is how everything comes together.

By sharing about your experiences you accelerate and deepen your personal growth!

A brief overview
of Social Play

The Power of Social Play

The activites that lead to peak experiences in your Dream are called Social Play.

The BIG idea of Social Play is to distinguish the Action from the desired Result.

AND to realize the you cannot control the Result; but you can get better at co-creating it through practice.

We will have a lot of fun practicing them together.

Relate for Influence (AKA Play for “Yes”)

Relate means talking to other people! This is pretty much what we do all the time in life. It becomes playful where there is an opportunity for positive influence like when you are asking someone to do something with you and they might say “yes”, but they might say “no”.

Creating is when you make a thing or you design an experience that you aim to share with others to inspire them; for examples: writing, recording, designing, planning. The sharing part is all about participation and contribution. This is very much in line with the idea that “Life is Performance Art”; which is a concept we talk about a lot in coaching.

Explore for Visibility (AKA to See and Be Seen)

Exploring is when you go into a new territory; you are stepping into the unknown (hopefully with a sense of wonder) It can be a physical place, a social media platform or even a new idea. You explore to see and experience new people and new places; and also to BE SEEN by new people.

Experiment for Change (AKA to Try New Ways)

Experimenting is any time you do something that you have not done before OR you do something that you have done in a new way. Often when we experiment, we have an idea or a hope of what will happen but we don’t actually know. A key to success is to start with an intention, be open to new possibilities AND keep track of what happens; and most important is to not look at any outcome as a failure but as learning.

Hopefully you are getting energized about playing for your Dream!

If you want to jump in, you know where the button is! 😉