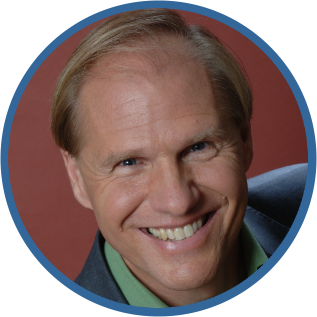 Dave is the Chief Celebrant at CoachVille.  Enthusiasm and infectious energy are the original hallmarks of Coach Dave. He holds a deep desire to change the world through coaching and empower coaches and leaders worldwide.

He sees a way beyond bureaucracy, beyond rules to a way of truly living. He is inspiring and challenging coaches worldwide to become masterful, game changing coaches and leaders.

His superpowers: champion of the spirit of play, life changing conversations and profound transformation. He is here to lead you from Industrial Age thinking to the Connected Age of Purpose and Play.

He is a Master Certified Coach and MBA, founding member of the Transformational Leadership Council  and of course, the CEO of CoachVille.

Coach Dave Buck is an MBA, Master Certified Coach and the CEO of CoachVille the original global online community for Coaches with over 36,000 members in over 70 Countries.

Coach Dave is a Master of Human Achievement.  He has coached over 1,000 people one-to-one including:
Michael Port – Best Selling Author of “Book Yourself Solid” And Sacha Kljestans (Sasha Klesh-Jen) a NY Red Bulls and US National Team Soccer Player AND many, high achieving Entrepreneurs and Leaders.

Coach Dave is on a quest to teach leaders how to transform from 20th Century Management Science to 21st Century Coach Approach Leadership.  He coaches leaders and entrepreneurs to transform places of work into winnable games worth playing.

According to Coach Dave:  “People HATE to be managed, but they LOVE to be coached. So BE a Coach!”.  “ANYONE can improve their quality of life by learning how to coach”.

Coach Dave has delivered coaching and business training programs to thousands of professionals through his school: The Center for Coaching Mastery. He began his business-life coaching career in 1997 and has logged WELL over 20,000 hours of Coaching.  He was one of the first Professional coaches in the world to earn 6-figures and was ICF Member #72.  Coach Dave has guided over a thousand amazing professionals on the path to thriving as a Professional Coach! 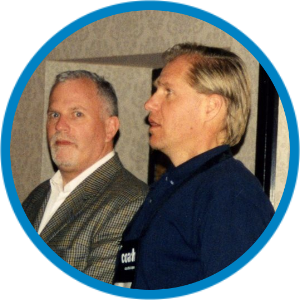 Coach Dave was the assistant Men’s soccer Coach at Seton Hall University for 14 seasons serving under US Soccer Hall of Fame Coach Manny Schellscheidt; He coached many players that became professional soccer players.  He has also served on the MBA Faculty for Seton Hall University Stillman School of Business.

Coach Dave is a spiritual adventurer.  He lived in Bolivia for two summers on a quest to LIVE the game of soccer.  He traveled through Southern India with a Tamil Siddha on a quest to learn how to compress time.

Dave has a love of personal growth and world travel.  He spent two summers playing soccer in Bolivia and the famous Tahuichi soccer academy. He explored the most sacred temples in the southern tip of India accompanied Sri Guruji (of Dr. Wayne Dyer’s Meditations for Manifestation fame)  He is still an active soccer player.  In his younger years, Dave sang jazz in coffee houses and has fronted a big band. He occasionally weaves “a capela” performances of Jazz standards into his presentations.