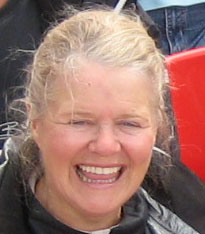 Here, coach Molly Rider interviews Suzanne Elshult on why she FORBIDS PowerPoints in her Powerful Executive Group Coaching Session and about becoming the 1000th member of the CoachVille community.

Great Moments From the Interview:

Question: What is ONE juicy secret that you’ve learned from CoachVille and utilized in your coaching?

“Wow. One Thing. Well, I think for me the most important thing I’ve learned from CoachVille period, is powerful questions. Powerful questioning has been a critical corner stone for how I develop my executive coaching groups. They are at the core of my success.”

Question: How have you utilized the powerful questions in your coaching?

…The group itself is the content and I basically forbid PowerPoints. Prior to our meetings we actually co-create powerful questions around the theme of the session and I think that is what has ensured that there is a level of intimacy and a level of exploration in those meetings that would not have been there had I taken a more traditional approach to running peer groups for senior HR executives and Senior Marketing executives, (people which is mostly where my focus has been.)

Question: How did your amazing executive group coaching come into being?

I started when I left the corporate world in 1996 and I had in my mind that I wanted to create peer groups of executives and I didn’t want to replicate anything that was out there. I did not want the groups to be information dumps like the kind of experience you get when you go to conferences.

Of course, conferences are fine because you go for a reason, but I knew I wanted to create something more intimate for executives where they could share and validate each others experiences in a much different way than they usually would have the opportunity to do.

When I ran into CoachVille a few years later, that’s really when I took the Powerful Executive Group Coaching to a whole new level. And, I have been able to incorporate fundamental coaching principles into all of those groups.

Question: What about CoachVille really brought it to the next level for you?

Suzanne – Do you want me to tell you the story of how I got into CoachVille?

Suzanne – It was really interesting because I had done a lot of exploration between 1996 and 2000 of coaching programs and schools that were out there. And, that was when this (Coaching) was kind of in it’s infancy and I came across the CoachVille website and became very intrigued by the whole idea of being virtual and being global. My accent is Swedish and my family is spread out all over the whole world so the global and virtual aspect was very appealing to me.

In a moment of spontaneity, I signed up for CoachVille and paid..which at eh time was a significant amount of money for me.

Then, moments later I received a phone call and this guy was on the other end of the line and he said, ‘Hi, this is Thomas Lenard.’

And he said, ‘Congratulations! You are the 1000th student and we want to honor you with a lifetime free membership.’

At that moment it was like karma. I knew I was at the place I needed to be and I really immersed myself for quite a few years.

For the rest of the interview, watch the video above.

To Check Out More on Suzanne Elshult, visit:

Now we want to hear from you!! Share below…