Did Coach Dave Burn The E-Myth or Did YOU Change His Mind?

Did Coach Dave Burn The E-Myth

Did YOU Change His Mind?

Did Coach Dave Burn The E-Myth or Did YOU Change His Mind?

We have learned through brain science that an over emphasis on routine actually leads to Alzheimer’s disease.

Dave: The idea of burning the E-Myth has caused quite a stir. So here’s the deal. I don’t like the EMyth.

Well, let me say this…there are a couple of really good things about the E-Myth and I want to address the good things very quickly first.

One thing that is really good about The E Myth is that Michael Gerber did articulate the challenges of Entrepreneurship very well. In that way he helped millions of Entrepreneurs go, “oh crap it’s not just me facing these challenges.” That thought is a really powerful one because when you find out that it’s not just me [you don’t feel so alone].  He helped bring this to light.

I prefer a twenty first century version of that distinction which is play with your business and play for your business. Simply because play mode is more fun than work mode, but it’s a very similar distinction.

The third thing that I really like about the E-Myth is that being an Entrepreneur is a personal growth challenge. He went over this more in depth in the supplemental programs to the but, the idea that the pursuit of entrepreneurship is actually a pursuit of personal growth was a new idea at the time. I had never heard it before Gerber brought it to light.

Now, the one big idea that I really don’t like about the book is his solution to these challenges.  Gerber believes that every business should be run like McDonalds. So it’s basically the McDonald-ization of Enterprise.

The idea of McDonald-ization is that at McDonalds every job has been boild down to simple tasks that anyone can do. Moreover, they must do them over and over again in the same way every time.

Now I have sarcastically referred to the McDonald-ization of business as the Moronization of business because the basic idea is that any task in business should be boiled down to a simple job that any moron could do.  This way you don’t actually have to engage with anyone. Rather, you just want them to follow the script the same way every time.

Gerber’s idea of how to manage your enterprise included this tight control where every action was pre-determined by a script and a task list.  Of course the idea behind this was that then there would be 100% consistency and zero mistakes.

However, that was a very twentieth century idea that is proving to have disastrous consequences.

Number one, it makes work really dull. It’s not fun to go to a job where you do the same thing over and over again, every time. And, you’re not allowed to make mistakes. That’s really not fun.

Number two, is that we have learned through brain science that an over emphasis on routine actually leads to Alzheimer’s disease. Root-anizing everything leads to Alzheimer’s. Now, Gerber didn’t know this. I’m not blaming him. But we have since learned that this is the case therefore its time to wake up and acknowledge that this is a really bad idea with disastrous unintended consequences.

We need to create a new model.

So, here are the reasons I’m not going to burn the book. First, book burning, throughout history has been a rather negative thing. It’s been a way to either thwart a culture or it’s been a way to destroy ancient wisdom. So, I have come to see that book burning is a pretty negative concept. I suppose maybe mulching it would be a more proactive thing.

Actually, I’m inviting you all to join me. Molly and I are going to be hosting a year long series on how to Engage people and energize them with engagement rather than scripts, task lists, controls etc.

The E-Myth is our competition. If you want to create something better you don’t have to start by burning the original. Rather, you want to keep it in sight because that’s the bar your reaching to go beyond.  We want to create the next best thing.

It’s like, keep your friends close and your enemies closer.

So I am going to keep my copy of The EMyth with me while we create a better way, which right now is called: Engage! Energize Your Enterprise.

So thank you all for watching and for your comments and concerns about book burning.

Actually, I’m serious about this. My intention is for this Engage! Business Model to be massive collaboration between coaches and entrepreneurs and leaders and anyone who knows there must be a better way. And, anyone who knows they want to create an enterprise based on the creativity and resourcefulness and human interaction of people rather than scripts and task lists.  If you’re in that game, then join us. We are going to co-create the next best thing and I’d love for you to be apart of it.

What do YOU think about this new challenge?

What parts of the E-Myth have you used? 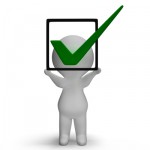